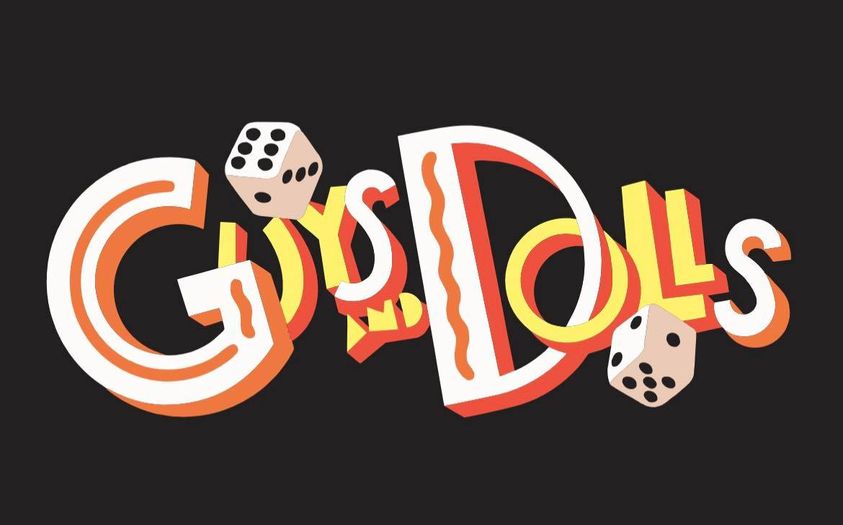 Set in the bustling Manhattan of Damon Runyon’s short stories, Guys and Dolls is a Depression era romantic comedy featuring crap games, horse races, gamblers, show girls and the evangelist members of a downtown Mission.
Con-man Nathan Detroit is seeking a new location for his notorious ‘floating’ crap game, but he doesn’t have the dough he needs for a down payment. Enter Sky Masterson, a high-rolling gambler willing to take on any honest bet with a high enough reward attached. Nathan bets Sky that he can’t take the “doll”, of Nathan’s choosing, on a date to Havana, Cuba. When Sky agrees to the bet, Nathan chooses uptight Evangelist Sergeant Sarah Brown, head of Broadway’s Save-a-Soul Mission. Sky thinks he’s been duped, but he’s in for even more of a surprise when his efforts to woo Sarah are so successful that he falls in love with her himself! Meanwhile Nathan is under pressure from his long time ‘fiancee’ and night club dancer, Miss Adelaide, to settle down and get married. What are the odds?

All Productions are peformed at The Arts Theatre, 53 Angas Street, Adelaide SA 5000 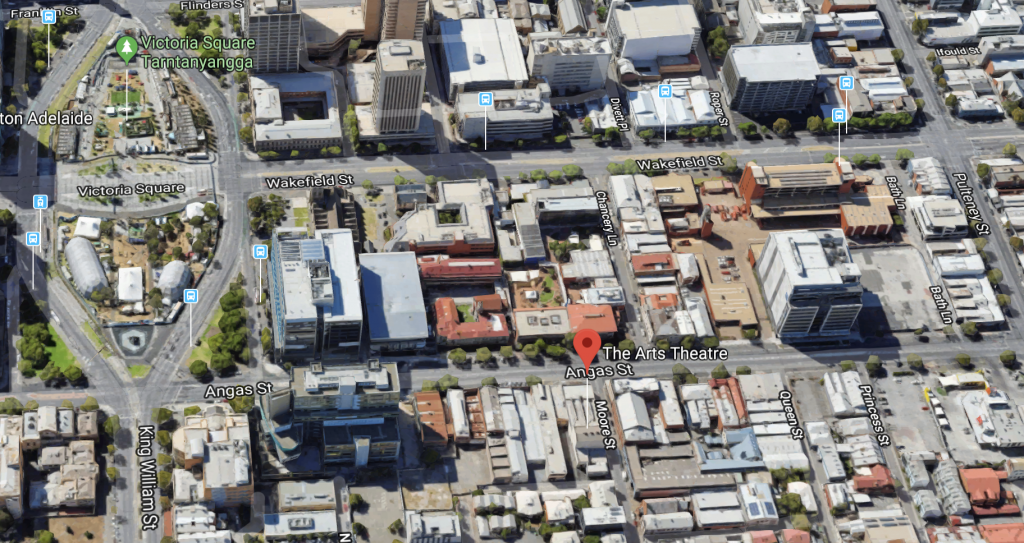 Well done Robin Schmelzkopf! You've nearly completed the set! All you have to do is play Sarah and you've played every leading role in Guys and Dolls.

Congratulations Selena Britz! Going to be a fantastic show!

Congratulations Carolz, full circle I am so proud of you 💙💙💙

Congrats Dermot O'Boyle I look forward to seeing the show

If you have been thinking of auditioning for our Oct production 'Guys and Dolls', a few slots have opened up on Sunday (19th) and Monday (20th) night! Don't miss out. This promises to be a busy, colourful show with a terrific creative team. Great opportunities for dancers and singers in the ensemble as well as four of the best written leads in musicals! Book now on the trybooking link:
www.trybooking.com/events/landing/912761 ...

There's still time to book an audition for our October production! This is a clever, witty show with great numbers such as 'Sit Down You're Rockin' the Boat' and 'Luck be A Lady Tonight'. BOOK a slot NOW.
www.trybooking.com/events/landing/912761 ...

When this happens, it's usually because the owner only shared it with a small group of people, changed who can see it or it's been deleted.
View Comments

Love to do show.afavourite but injured legs feet in mortor bike accident in India

You here for this Christeen

Hi, is there a list of parts available or is this for the chorus only?

APOLOGIES : due to a miscommunication, audition slots on our Trybooking link will open tomorrow morning (June 1st). Ignore the ‘sold out’ sign. 😀 We can’t wait to see as many of you as possible booking in to show us your stuff!!

Guys and Dolls Auditions (SOLD OUT)

Auditions for The Met's October 2022 production of 'Guys and Dolls' .
View Comments

Would love to be involved but injured legs and feet in INDIA IN MOTOR BIKE ACCIDENT.LOVE SHOW CANT DANCE .NEED A SLOW OLDER GUY ICAN STILL ACT. IWAS DON GOLDSMITH BEGAN MY THEATRE CAREER AT MET. LOVE TO BE IN IT IF YOU WANT LAME HOOD BLESS EVERY ONE .IM NOW SIKH DEVINDER SINGH KHALSA MELHU.

Brave the weather and come along to meet the Production Team and find out all about this great show!

Audition Bookings will be available at the Info Night
or on
www.trybooking.com/BZYGF
From 31st May. ...

Come one come all!! Fabulous Show. 🎲

Come along to get all the information you need to audition for our October show! ...

When this happens, it's usually because the owner only shared it with a small group of people, changed who can see it or it's been deleted.
View Comments

Nick Burt you and Hugh and Will should all do it. Great show xx

I remember the last production of Guys & Dolls The Met did in i think 2001.....was fab then, no doubt will be fab again now

Tonight is your last chance to catch Hello Dolly at the Arts Theatre!

I came along to the matinee this afternoon. A charming, delightful piece of old school music theatre. Congrats to all and a special shout out to your wardrobe makers and coordinators. And I had quite the weep about half way through the first act thinking how much our darling Angela Drewer would have absolutely LOVED Chookie James’ Dolly. That delicious laugh would have rung out through the theatre.

I thoroughly enjoyed the matinee this afternoon. It was the first show I've seen by the Metropolitan Musical Theatre company. I'm looking forward to seeing what other shows you put on in the future.

I'll be there tonight! Looking forward to it!

Have a wonderful final night!

It was really well done!

Final 6 Shows of HELLO DOLLY at the Arts Theatre, Adelaide from tonight through to Saturday May 14th!

A great show. Get yourselves there. Loved the costumes as well.

A great show. We thoroughly enjoyed the show. Congratulations everyone 👏👏👏

Loved it - congratulations to everyone involved

It was a great show. Well done everyone. Looking forward to the next production 👏🏼👏🏼👏🏼👏🏼👏🏼

Looking forward to seeing it on Friday!😃

It's the beginning of another big week of 'Hello, Dolly!' at The Arts Theatre tonight. Audiences have been delighted and the critics charmed by this witty, colourful, and touching musical.
See what The Barefoot Review has to say!
www.thebarefootreview.com.au/menu/theatre/119-2014-adelaide-reviews.html
DON'T MISS OUT ON YOUR CHANCE TO SEE DOLLY!
6 shows to go. BOOK NOW on metmusicals.com.au ...

Exceptional show. Went to matinee last Saturday. Great talented cast and lots of colour and laughs. Well done to you all. Thoroughly recommended. 🥰

I went last night and this show was fabulous. One of the best I’ve seen for a long time. Well done all

Went on Saturday. Throughly enjoyed it. Cast was great.

Ray Smithers and I saw Hello Dolly tonight ! What a great show and what talent we have here in Adelaide !

A great show with lots of song, dance and colourful costumes.

What a wonderful show. Dolly was so fantastic. 😍

Fabulous show, as always with The Met.